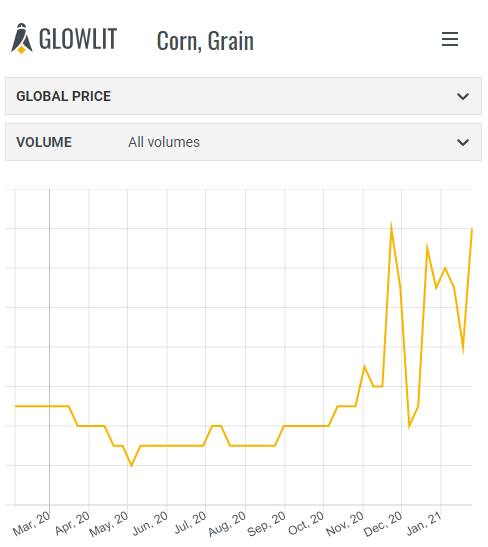 The price of corn has reached its highest levels in 7 years after China purchased 5.85 MMT of American corn in just 4 days. This is believed to be the biggest purchase since 1972, when the Soviet Union bought 9MMT of grain from the United States during the "Great Grain Robbery'' causing global grain prices to soar. Now that significant supply has moved offshore, questions abound as to whether the United States will be able to meet forthcoming demand at home for corn and corn derived products. 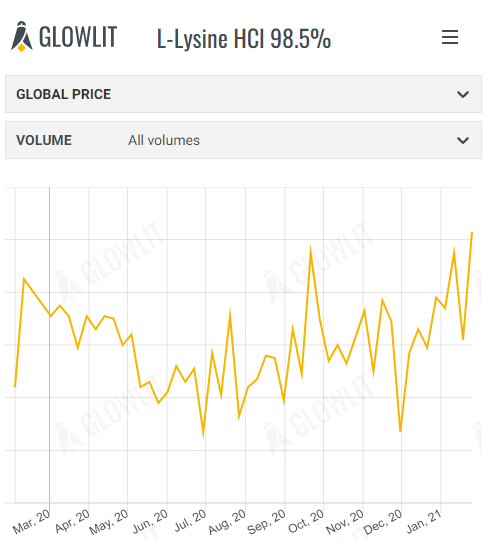 In line with what we are seeing in corn prices, the price of L-Lysine has gone up 4.6% globally since last week. Producers of Lysine around the world are anticipating shortages in supply following major movements of corn to China, and stocking up accordingly. Visit Glowlit to see L-Lysine prices specific to your region of the world.